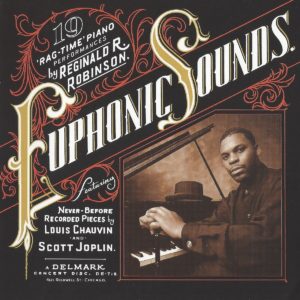 REGINALD ROBINSON @ The Sanctuary @ The Epiphany Center of the Arts

Fall Music Series in the Sanctuary

Reginald Robinson’s love for traditional jazz styles started in 1984 with his older brother listening to
Swing recordings at home. In 1986 while in 7th grade a city funded arts program gave an assembly at
his school called “From Bach to Bebop” with a live jazz ensemble. In 1992 with the help of pianist Jon Weber, Robinson’s professional music career began when he recorded a demo of 17 original tunes. Soon after his first album was released on Delmark Records in 1993 he received an invitation from pianist Marian McPartland to appear as a guest on her popular radio show “Piano Jazz.” Robinson’s music has been used in theater and film; The Goodman Theater’s 1995 production of Each One As She May, Intimate Apparel – a play 2003, Compensation – an independent film 2000, and he served as a contributing historian for the 2010 documentary Chicago’s Black Metropolis. In 2004, he was awarded the rare and distinguished John D. & Catherine T. MacArthur Award for his innovative ragtime piano works and music research. In June of 2017 Robinson worked with Illinois Humanities to present “An Evening at the Pekin Theater” the first owned and operated African American music theater in the world. In 2018 Robinson
was commissioned by pianist Norman Malone and Kartemquin Films to compose a ragtime work for
the left hand and premiered a work in tribute to pioneer African American bandleader James Reese
Europe commissioned by Symphony Center Presents on November 2nd at Symphony Center. In Dec
2018 Robinson gave a performance/ lecture on Scott Joplin’s music at The Schomburg in New York.
In 2019 Robinson teamed up with MacArthur fellows Susan Sygall (CEO of Mobility International-USA and the Women’s Institute on Leadership & Disability) and flutist Claire Chase for a special music concert of disability activism and artistry. In addition to concertizing, Robinson is internationally known for his lectures at colleges and universities, which has aided to preserving the legacy of African American history