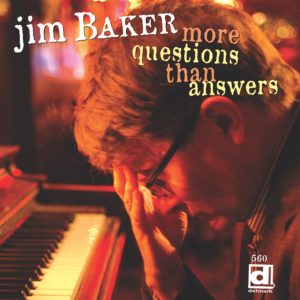 For a number of years in the 90s, Baker was the house pianist for the weekly Sunday evening jam sessions at the Velvet Lounge. For most of the last fifteen years, he has been playing most Mondays at Beat Kitchen with free-improvisation group Extraordinary Popular Delusions.

For his Festival performance, Baker will just be playing piano. In recent years, in his infrequent solo performances, he has played a mixture of free improvision, interpretations of standards and other song-like material, and improvision-infused interpretations of original compositions. He may not know exactly what he’ll be playing (other than “piano”) until the afternoon of—or even moments before—his actual performance.

The Reva & David Logan Center for the Arts is a multidisciplinary arts center at the University of Chicago, located south of the Midway Plaisance at the corner of East 60th Street and Drexel Avenue. Designed by renowned architects Tod Williams and Billie Tsien, the building integrates classroom, performance, exhibition, studio, and rehearsal spaces to create a dynamic environment for arts and scholarship. The building also features generous public space including large lobby areas, an outdoor courtyard, a gallery, and two elevated lounges.