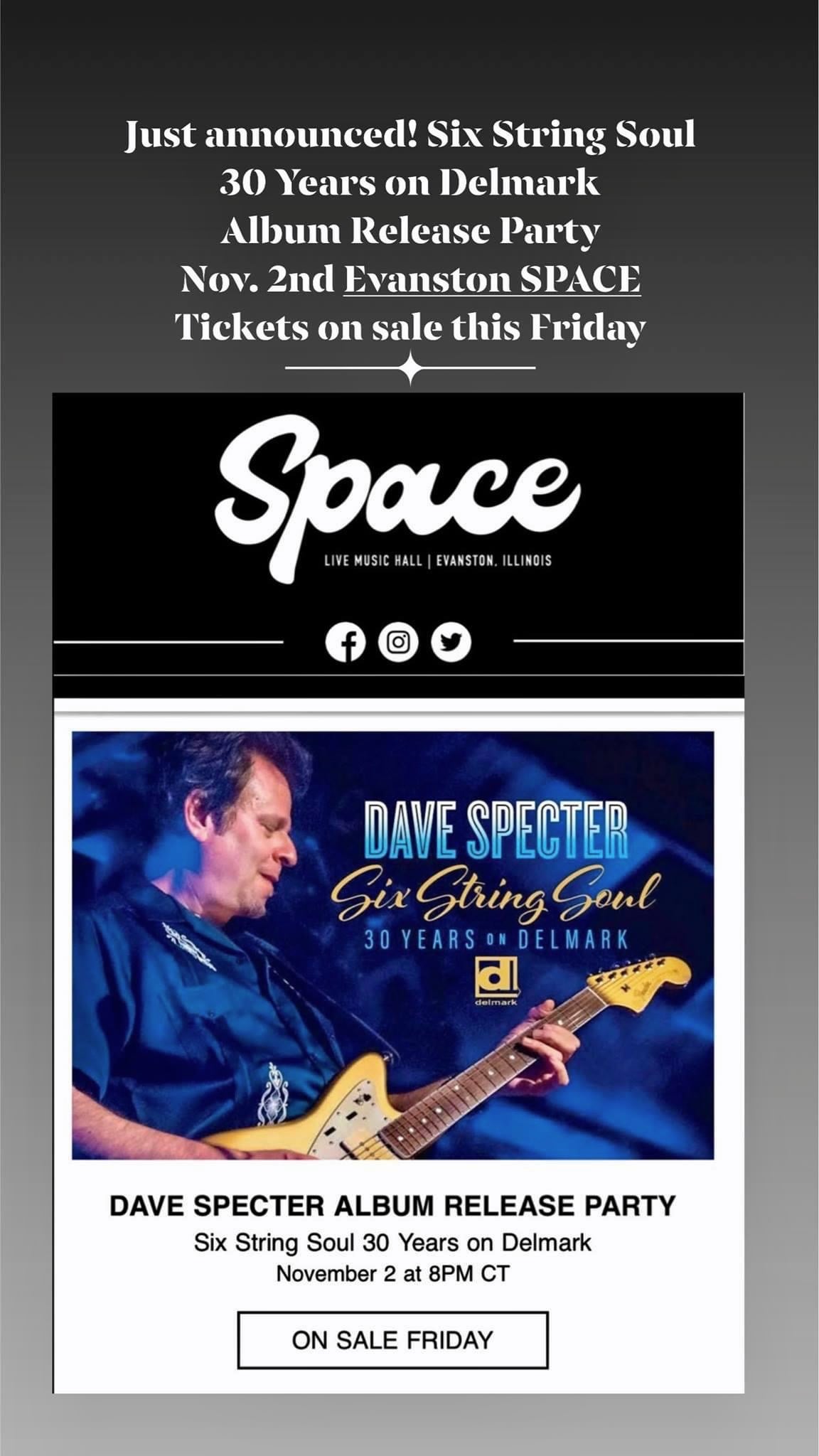 Join Dave, his band and surprise guests for a celebration of the release of Specter’s new double album, Six String Soul 30 Years on Delmark.

Dave Specter’s 30 year musical journey on Delmark Records began in 1991 with the release of his debut album, Bluebird Blues. Over a dozen albums and three decades later, Six Six String Soul showcases the guitarist, singer/songwriter and producer surrounded by a stellar lineup of special guests from late greats Otis Clay and Jack McDuff to living legends like Jimmy Johnson, Billy Branch and Jorma Kaukonen, Specter’s career has been intertwined with the deepest roots of Chicago blues and Delmark’s rich musical history.

This double CD release constitutes a definitive testimony to one of today’s most tasteful and versatile blues artists featuring Specter in a wide variety of styles, all played with six string soul.

“One of the few top-tier guitarists” –Downbeat

“Specter is a global ambassador of Chicago blues” – Chicago Sun-Times