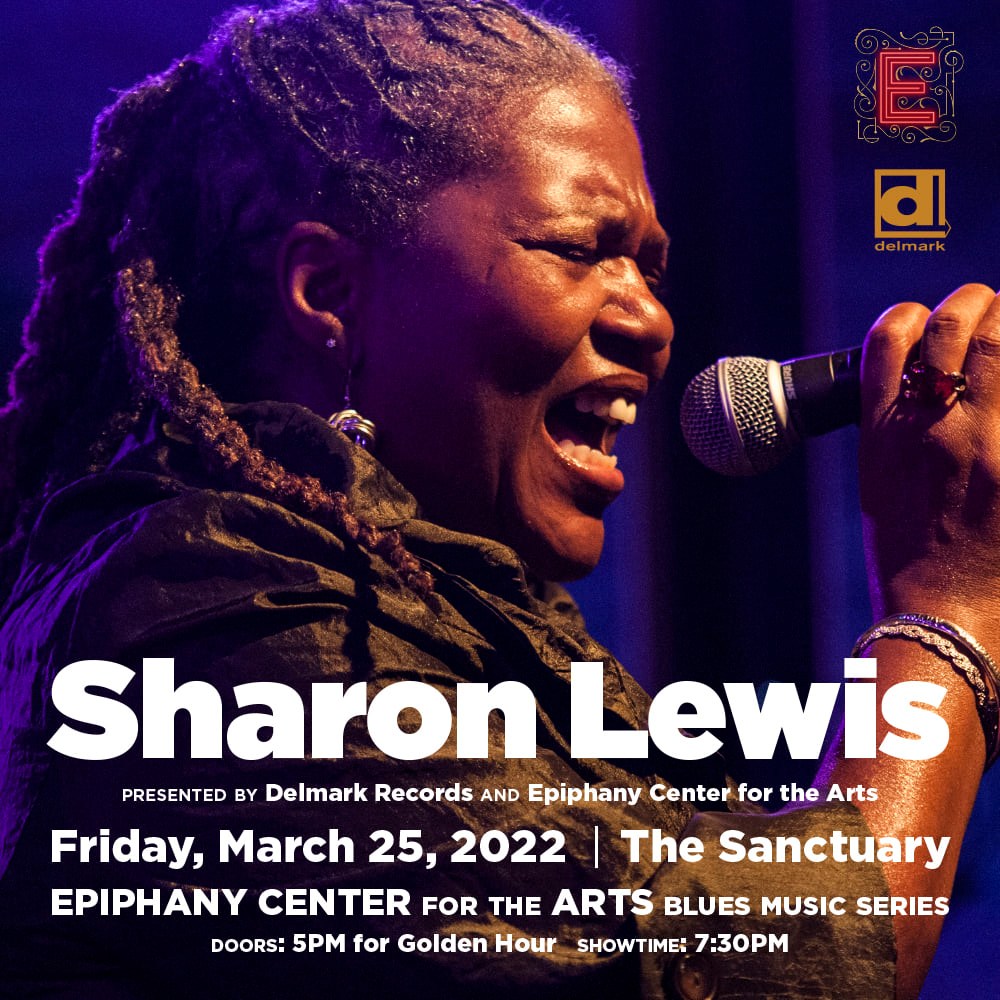 SHARON LEWIS @ The Sanctuary at the Epiphany Center for the Arts

Since May 1993 Sharon Lewis has delivered her powerful brand of Blues to audiences around the world. Beginning with the band Under The Gun, she has opened for and performed with some of the top acts in the genre, including Buddy Guy, Son Seals, Robben Ford, Billy Branch, Sugar Blue, Mumford & Sons and the incredible Mavis Staple. She has since gone on to travel and record with her own band, Texas Fire. For many years she has been the featured DIVA for Dave Specter & The Bluebirds (USA), Jan Korinek and Groove (Czech Republic), and the Luca Giordano Band (Italy) as well as many other bands in the countries of Georgia, Armenia and Russia.

“Blessed with a powerful, soulful voice described by Chicago Tribune Music Critic, Howard Reich, as “the eighth wonder of the music world,” Ms. Lewis is a mesmerizing entertainer that captivates her audience with her penetrating delivery. She is a featured artist in the 2006 University of Illinois Press book Chicago Blues: Portraits and Stories by scholar David Whiteis. Lewis received a BS from Loyola University in Management and Industrial Psychology and a minor in Computer Science.” – Tom Marker – WXRT Radio, Chicago, IL