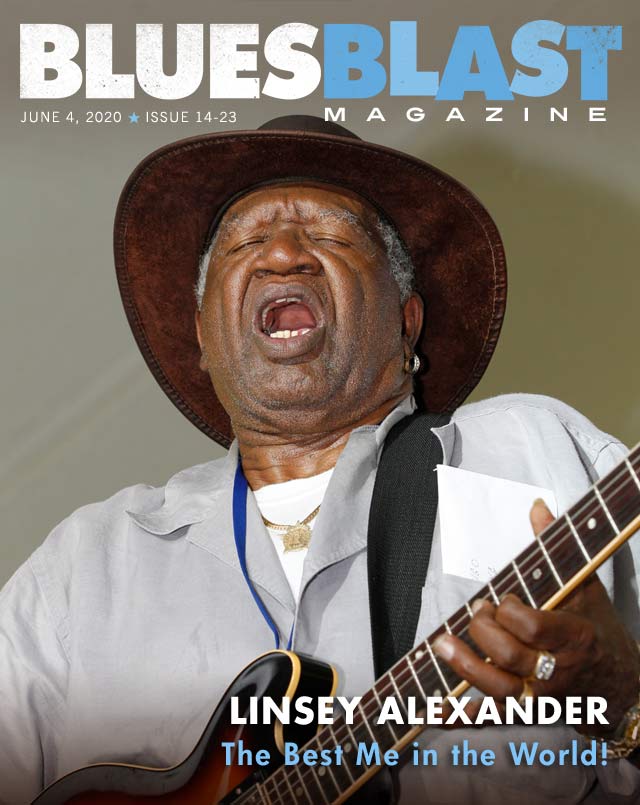 Born in Mississippi and raised in Memphis, Tennessee, Linsey Alexander discovered a down to earth city that truly understands and appreciates music on Chicago’s southside. In much the same way as many great blues artists before him, he grew up in a poor but honest and hard working family, learning early on that music has the power to lift the spirit and comfort the soul. In Linsey’s own words, “Blues is not hard- it’s just a documentary about life.” His first guitar – a gift from a family friend who played on the front stoop of Linsey’s home in Memphis – was never retrieved from the pawn shop where he left it almost 50 years ago. Using the money to help pay his way to Chicago, he now plays a variety of Gibson and Fender guitars. Since 1959, Linsey Alexander has been perfecting the art of entertainment blues for the sheer and simple pleasure of it. His easy smile and unpretentious personality define a charismatic entertainer who loves to perform; and perform he does!

Although having played with B.B.King, Bobby Rush, Buddy Guy, Little Milton, Magic Slim, Johnnie Taylor, A.C.Reed, Larry McCray, Bither Smith, John Primer, Otis Clay, Eddie Clearwater, and other great blues performers, Linsey Alexander has remained resolutely true to his own style. His earlier CD’s released, “Someone’s Cookin’ in My Kitchen,” “My Days Are So Long,” and “If You Ain’t Got It” are all three compilations of original Blues and R&B tunes.

Alexander has been to 10 countries and all across America spreading the joy of blues.

He is thankful for the good things in his life, and now at last, seems willing to realize that the friends that encouraged him to keep playing over the years may have known a thing or two about talent. Linsey has “never truly believed in himself” until now; Now, he is ready to believe. In 2012, He signed with Delmark Records and recorded his first international CD, “Been There, Done That.”

Linsey Alexander was inducted into the Chicago Blues Hall of Fame June 8th, 2014.