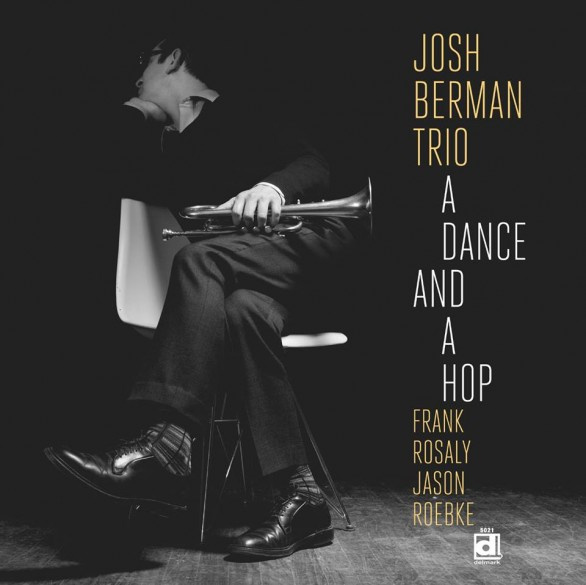 This Sunday at the Hungry Brain with greats Frank Rosaly (in Chicago!?#@!) and Jason Roebke. We’ll play pieces from A Dance and a Hop. It’s been a while, hope to see you out.

Proof of vaccination required upon entry

Josh Berman Trio
A Dance and A Hop

Berman has long been one of the most thoughtful musicians on Chicago’s diverse jazz and improvised music scene, a player who steadily digests a world of influences to craft something more original with each passing year. But he reaches new heights on A Dance and A Hop, a gorgeously conceived trio outing that shows him reveling in sound qua sound as never before.

One had to marvel at the sheer amount of melodic invention Berman produced, showing a remarkable capacity for continuously creating lines that twist and turn in unexpected directions. Whether he was articulating mercurial motifs in “Hang Ups” or leaving ample space between softly stated gestures in “Blues,” Berman never lacked for ideas. That his musical vocabulary danced around traditional notions of harmony and tonality only heightened one’s admiration for the creativity of this work.

Josh Berman Trio – A Dance And A Hop

As this new album A Dance and a Hop makes clear, jazz cornetist Josh Berman’s music has grown by leaps and bounds (or hops). It’s only his third as leader–the first two, also on Delmark, were Old Idea (Delmark 2009) and There Now (Delmark 2012). Berman is accompanied by label-mates Jason Roebke on bass and Frank Rosaly on drums. Berman points out that the eleven original tunes “are directly related to content that I play on cornet; I rarely write without it. I think these trio pieces aren’t from different planets when compared to music of Old Idea or There Now. The main difference here might be an interest in concision. I am very interested in the way Jason plays the bass and Frank plays the drums, and how the tunes live without space being filled by reeds, vibraphone, other voices. I think I wanted to hear what ‘my idea’ sounds like without everything else.”