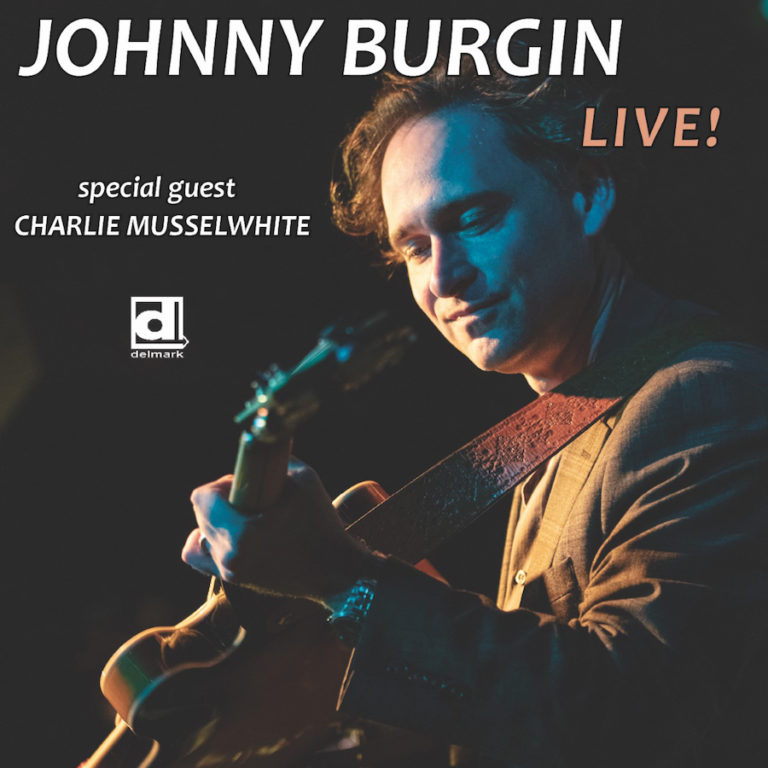 Cherry On Top is a sultry burlesque blues with lyrics of love for this Valentine’s Day!  Chicago blues artist Johnny Burgin’s livin’ in a lover’s paradise and wants the world to know!  Anson Funderburgh’s trademark restrained lines and super-clean tone heightens the romantic and indulgent mood of this new blues digital single.

Johnny and his road manager, Stephanie Tice (producer, Delmark DE 863) share a lot of lighthearted banter as they travel– leading to lots of “that’s a song! moments”.  “Cherry On Top” is a true-life love song that was quickly jotted down as the tour van rolled.  Johnny always loves to record in different cities with great local musicians, and last winter while touring in Dallas, Johnny and his touring bassist Chris Matheos jumped at the chance to record with young multi-instrumentalist Reo Casey on drums and veteran pianist Christian Dozzler.

Blues guitar aficionados will love this fruitful pairing of Johnny Burgin and Anson Funderburgh’s guitars– their first appearance together on record.  Anson has long been one of the very best living blues guitarists, with an elegant and instantly recognizable sound with roots in the swinging early BB King style.  Johnny’s more in a gutbucket, Chicago West Side sound, and creates a fun contrast by playing very aggressively on the outro.  All in all, it’s a great meeting of dedicated simpatico blues artists to bring to this seductive and fun tune to life.