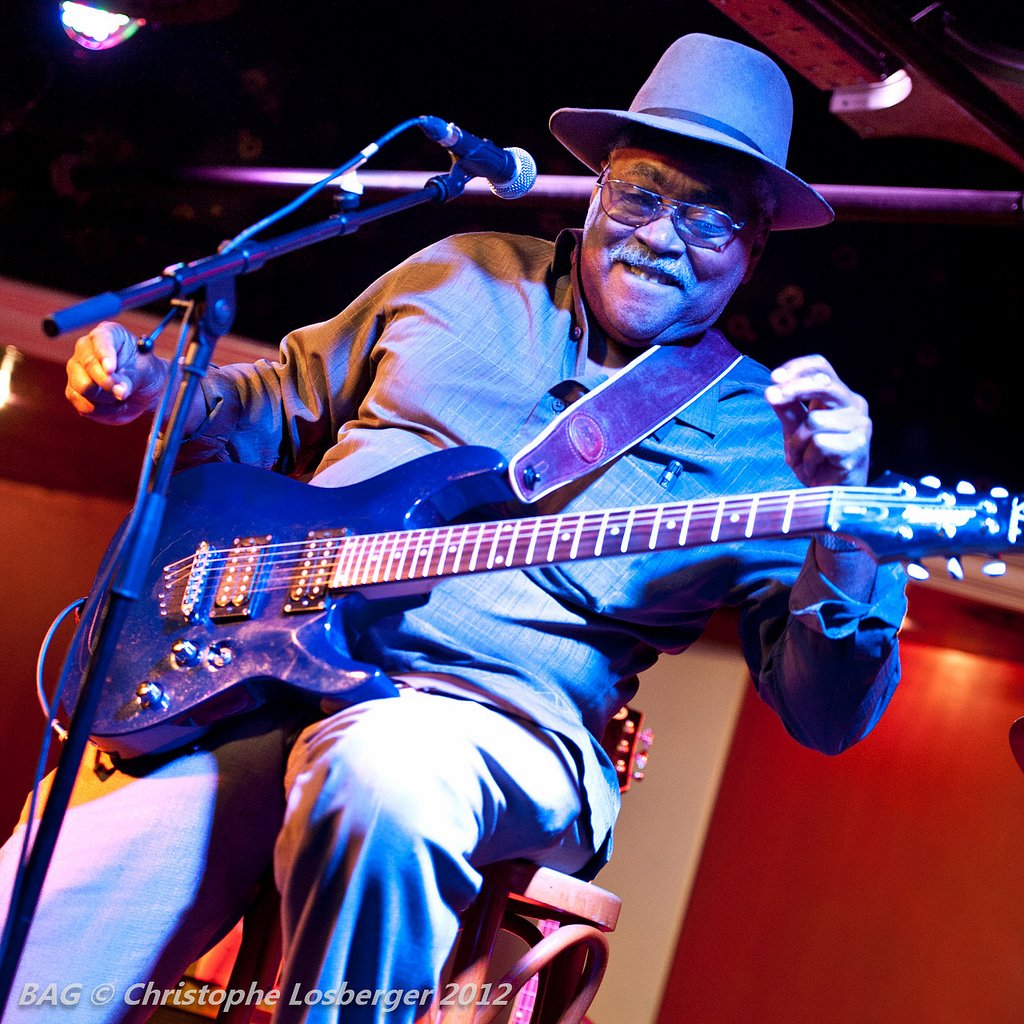 Jimmy Burns returns »Chicago Soul & Blues Legend» within the framework of the tour of South America 2022 (Brazil, Argentina and Chile), this will be his 5th visit to our country.
– Jimmy Burns was born in Dublin, Mississippi and raised on Hilliard Cotton Plantation, where he learned to play single and 12-string guitars. He was the youngest of eleven children.He sang in a church choir when he was still living in the Mississippi Delta and was influenced by the Blues he heard on the streets. His favorite blues musician was Lightnin’ Hopkins. At the age of 12, Jimmy Burns moved with his family to Chicago and four years later he joined The Medallionaires, who recorded a couple of doo-wop songs. He recording mostly solo in the 1960s.

He performed infrequently until the early 1990s, when he began a lengthy residency at Chicago’s Smokedaddy Club. It was there that Delmark Records boss Bob Koester first heard Burns perform and agreed to record him. His debut album for Delmark in 1996, Leaving Here Walking, received two WC Handy Awards. Burns then began touring internationally and recorded more albums, Night Time Again, Stuck in the Middle, Live and Blues all on Delmark Records.

During a live set of Jimmy’s music you’re likely to hear his powerful interpretations of songs by Elmore James and Muddy Waters alongside those by Curtis Mayfield and Ray Charles, plus Jimmy’s own thoroughly contemporary originals. “Jimmy Burns accompanies his soulful, countrified voice with unstoppable rhythms and sure-handed solos. His vibrant, heartfelt blues and boogies echo the Mississippi Delta, where he was born and raised.” —Guitar Player

Jimmy’s first Delmark CD Leaving Here Walking (Delmark 694) was chosen as Blues Album Of The Year by the National Association of Independent Record Distributors. On Night Time Again Jimmy’s back with his unique blend of contemporary Chicago blues, Delta feel, R&B and soul.

Born in Dublin, Mississippi in 1943, Jimmy Burns derived his earliest inspiration from the records of Muddy Waters, John Lee Hooker and others. After Jimmy moved to Chicago in the mid-’50s, he discovered a scene that was perfect for the meld of traditional blues, churchy emotionalism, and forward-looking pop/R&B sophistication that by then comprised his musical aesthetic. Live at B.L.U.E.S. captures perfectly the indelible combination of ebullient good spirits, warmhearted intimacy, and sharp-witted intelligence that characterizes Jimmy Burns, as both a musician and a man.

A walk in the Delta with sanctified swagger, It Ain’t Right is a joyous culmination and testimonial to Jimmy’s vocal talent and musical gifts. Relevant and inspiring, these songs are loaded with a great sense of collective purpose. Other musicians may cover a tune, but his clear and soulful message and individual approach make any song directly his own, and Jimmy Burns our musical treasure. Jimmy is accompanied by his working band Anthony Palmer, guitar; Greg McDaniel, bass: Bryant “T” Parker, drums; with additional support from Sumito “Ariyo” Ariyoshi, piano; Roosevelt Purifoy, organ; Marques Carroll, trumpet; Chris Neal, tenor sax; Aaron Getsug, baritone sax. 15 songs include two new originals from Billy Flynn. Produced by Dick Shurman.

“Chicago’s Jimmy Burns accompanies his soulful, countrified voice with unstoppable rhythms and sure-handed solos. His vibrant, heartfelt blues and boogies echo the Mississippi Delta, where he was born and raised.” —Guitar Player in a review of Leaving Here Walking (Delmark 694)

Back To The Delta reflects those same influences with 13 new original songs including “Juke, Juke, Juked”, “Stranded In Clarksdale”, and “Country Boy In The City.” The title track “Back To The Delta” is about Jimmy’s hometown just up the road from Tutwiler, where the blues was born.