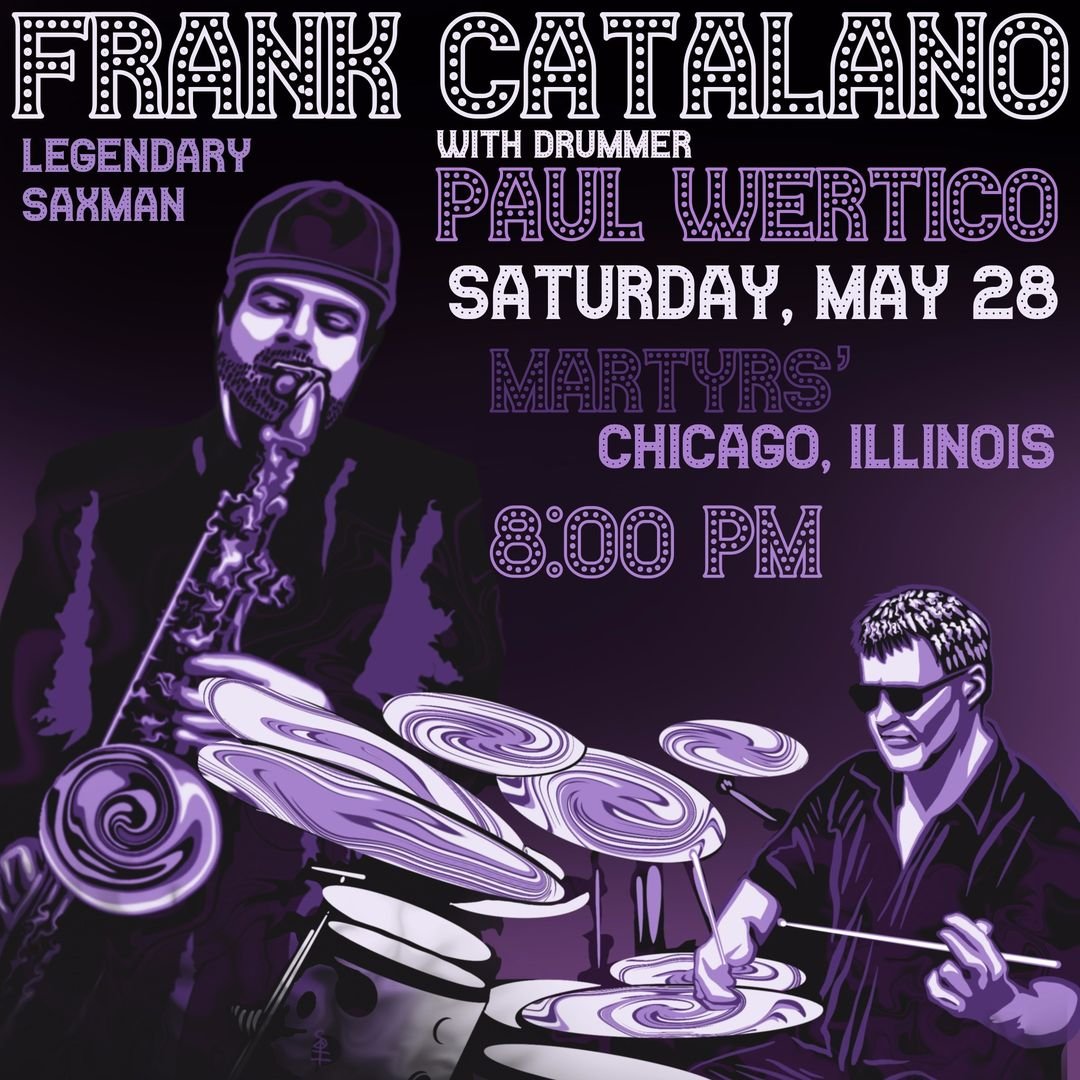 In 2022, Legendary Saxman Frank Catalano will be touring the USA, Europe and Asia extensively as well as releasing a collection of recordings from his many performances at New York’s legendary Birdland Jazz Club. These recordings feature Herbie Hancock Headhunters alum Mike Clark and will be Frank’s 5th album on the Ropeadope label.

Jazz legend Louie Bellson said in his notes to this CD, “Having just performed 12 shows with Frank in Chicago, I can honestly say that I feel he is one of the greatest saxophonists on the planet! There is no question in my mind that Frank catalano will follow in the footsteps of the masters like Charlie Parker and John Coltrane and push the boundaries of jazz where they have never been before.” The self-taught, 19 year old, bebop tenor saxophonist is also accompanied by Willie Pickens, Brian Sandstrom and Robert Shy.

Last year Delmark issued the tenor sax tandem of Von Freeman & Ed Petersen on Von & Ed (Delmark 508). Here’s another locking of horns, this time with Von and Frank Catalano. In all the years that Von Freeman has been conducting jam sessions at Chicago’s Apartment Lounge, not too many young suburban white kids have walked through the door looking for a shot to jam with the master. Frank did and made quite an impression on Von. Years later, the tenorists teamed up for an afternoon set at the 1999 Chicago Jazz Festival, where their chemistry was evident from their first notes. In the studio, they picked up where they left off, building on the distinctive harmonies produced by Catalano’s flinty sheets of sound and Freeman’s voluble, thickly intoned notes. Catalano and Freeman strike a heady balance between ripping changes and deep sighing emotion.