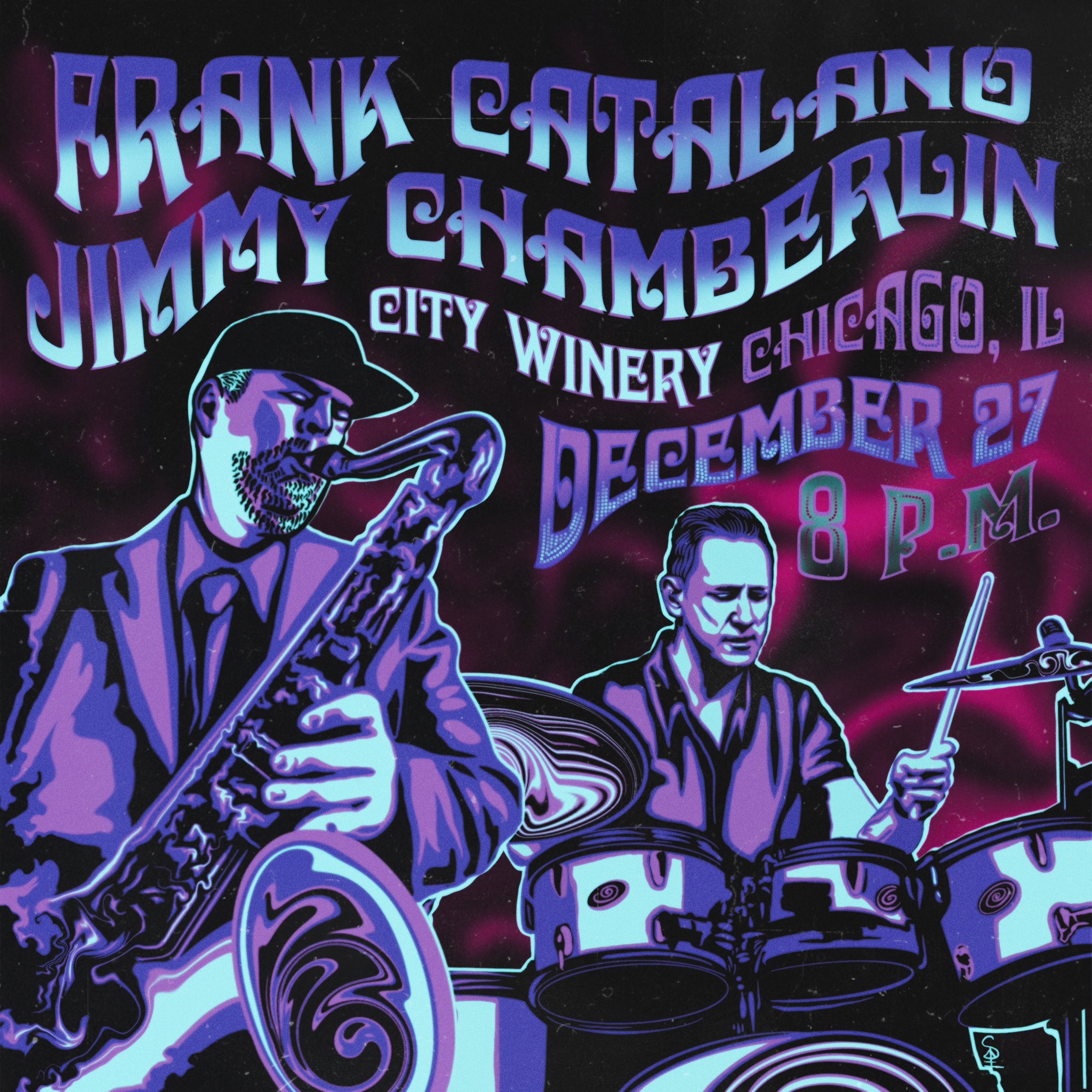 Effective 8/2/21: All indoor guests of City Winery will temporarily need to provide proof of vaccine or show a negative Covid-19 test within the previous 72 hours, and wear masks indoors when moving throughout public areas.

Smashing Pumpkins drum powerhouse Jimmy Chamberlin joins forces with genre-bending saxophone legend Frank Catalano on December 27th at Chicago’s City Winery. Frank and Jimmy will be leading their all-star band for an evening of high energy music that will blow the dust off 2021 as we get the party started for 2022.

Catalano and Chamberlin have released numerous critically acclaimed albums, the most recent being “Tokyo Number 9” which was recorded while touring Japan and debuted at #1 on the Billboard Jazz Charts. “Bye Bye Blackbird” was released in 2016, won an IMA award for best song “Shakin” at New York’s Lincoln Center, and also features David Sanborn on alto saxophone. “God’s Gonna You Down” was released via Universal Music France, spent over 20 weeks on the US Billboard Sales Charts, and was #1 on Apple Music. The series kicked off with 2014’s “Love Supreme Collective”, which reached #1 on the Apple iTunes Charts and also features guitarist and Megadeth Alum Chis Poland as well as bassist Percy Jones.

Most music fans know Jimmy from his years of touring and recording with the Smashing Pumpkins and the hit albums: “Siamese Dream”, “Mellon Collie and The Infinite Sadness”, “Machina”, this year’s “Cyr”.