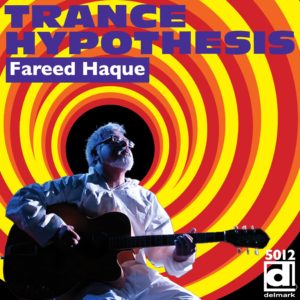 Join us for an intimate performance by world renowned guitarist Fareed Haque in the living room of the historic Schweikher House, brought to you by Modern Illinois, helping people buy and sell mid-century modern and other architecturally significant properties.

Over the years Haque has transcribed and arranged countless new works for guitar.

Transcriptions and Arrangements will feature selections including music of the Baroque and Classical era with authentic improvisations, impressionistic works for piano by Mompou, Saint-saens and a selection of pieces from Haque’s latest album CASSEUS! Also, hauntingly beautiful Haitian guitar music by the legendary Haitian composer Frantz Casseus will be included.

Doors open 2:30, performance at 3pm. Light refreshments will be served.

♪ “Classical and jazz, East and West, the future and the past, the brain and the booty all come together
in glorious harmony via his fleet fingers and freewheeling spirit.”
– Guitar Player Magazine

In addition, Fareed has performed at the Chicago, Detroit, and Java Jazz festivals and was featured as part of the Made in Chicago Series performing with his numerous groups at Millennium Park’s Pritzker Pavilion in Chicago. He also performed and arranged numerous classical programs as 2013 artist-in-residence for The Chicago Latin Music Festival, was featured on WBEZ, as well as WFMT’s Fiesta! radio programs, and has recorded his arrangement of Piazzolla’s 5 Tango Sensations, El Alevin by Eduardo Angulo, and Leo Brouwer’s Quintet for Guitar and String Quartet with the critically acclaimed Kaia String Quartet. Haque continues to tour and record extensively along with documenting his unique teaching methods in a series of bestselling interactive video courses through TrueFire.

Haque’s most recent release New Latin American Music for Guitar and String Quartet, was picked by Howard Reich of the Chicago Tribune as one of the top releases of 2018. In addition, the release was chosen as Downbeat Magazine Editor’s Pick in 2018.

2019 was a busy year, as Haque retired after 30 years at Northern Illinois University to accommodate extended tours with Cobham, Goran Ivanovic, and his own groups. Highlights include The Montreux Jazz Festival with Cobham, and appearances with his own groups at The Bluenote Beijing, Louisville, and Minneapolis Guitar Festivals among others.