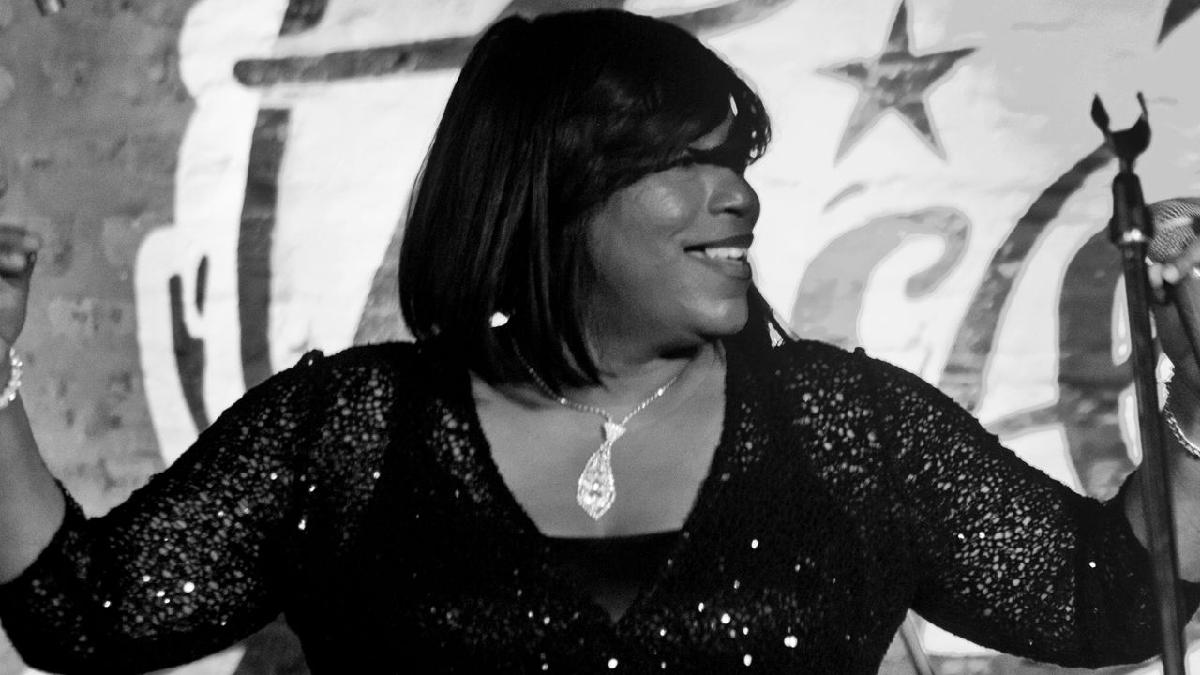 Demetria Taylor, the seventh child out of eight from the family of late Blues Legend Eddie Taylor Sr. Taylor who is now 38, is helping keep the legacy of her father (along with other Blues Greats) alive. Born in Chicago in 1973, Demetria was born into a Blues family. Not only was her father a Blues Artist, but her mother, Vera Taylor was also a Blues Vocalist. Demetria can recall distant memories when many Chicago Blues Legends would visit their house. Some of those artists were: Floyd Jones, Carey Bell, Sunnyland Slim, Johnny Littlejohn, Sam Lay, Willie Kent, Taildragger, Eddie Shaw, Johnny B Moore and Magic Slim. Growing up in a Blues Home, she could be found listening to some of her biggest influences such as: Etta James, Bessie Smith, Big Mama Thornton, and, most importantly, ”The Queen of the Blues” Koko Taylor (No Relation to the Eddie Taylor Family). “I love Koko so much. She’s sweet, she’s intelligent, and she gives me encouraging words,” Demetria says. Demetria’s vocals has a wide range that can tear the roof of the house and bring angels down to earth. She enjoys singing the trademarks of her personal heroes but yet make the song belong to her. For instance she’ll make you “knock down all the windows and kick down all the doors” with “Wang Dang Doodle” and prove to you that she’s “Got What it Takes” because she is a “Hoochie Coochie Woman.” Demetria also likes to do some of her family’s classics like “Take Your Hands Down” and “Bad Girl” (after her father’s hit “Bad Boy”), and mom’s “Look Out.” She says, “I’m the new kid on the block, and I respect all the musicians and singers out there.” Demetria started playing drums at age 14, coached by her older brothers Larry and Tim. She would play in family shows across the city of Chicago which featured Vera(mother), Larry,Tim, Eddie Jr.(guitar playing brother).Plus, you can trace her roots to the gospel choir at Trinity All Nations Church (on Chicago’s Southside). ” Demetria is the youngest Taylor offspring and latest to break out as a blues star on her own, following her father, (long time guitarist with the great Jimmy Reed); mother, vocalist Vera Taylor; great uncle, Chicago soul/blues icon Jimmy Burns; Brenda and Edna Tayloy (sisters/vocalists), Larry Taylor (brother/drummer /vocalist), Milton Taylor(Drummer) and brother, the guitarist Eddie Taylor, Jr” (Waterfront Blues Festival Website) “I put God first and everything else will work out,” says Demetria, who is raising her eight children with her husband Chris in Country Club Hills, Illinois. “I feel that singing is something I was born to do. When I picked up the mic, the more I sang the more strongly I wanted to do it. I sing from the heart. Sometimes on the stage my eyes tear up as I feel the music I’m singing. I love to listen to all types of music, but the blues caught my ear. I’ll never give up my dream.” Demetria has toured across the world, just recently returning from a tour in Japan. Demetria has also performed at the Chicago Blues Festival, House of Blues, Rosa’s Lounge, Green Dolphin, Kingston Mines, B.L.U.E.S, Buddy Guys Legends, Blues Heaven, Demetria is now a Delmark recording artist, she just recently released her debut CD titled “Bad Girl”. “My mom used to sing around the house,” says Demetria. “She had the most beautiful, soulfulest voice you’d ever want to hear, it sounded like a hummingbird, it was so clear. She always told us girls, ‘It’s in you, you just got to bring it out.’ I was born to sing the blues.”