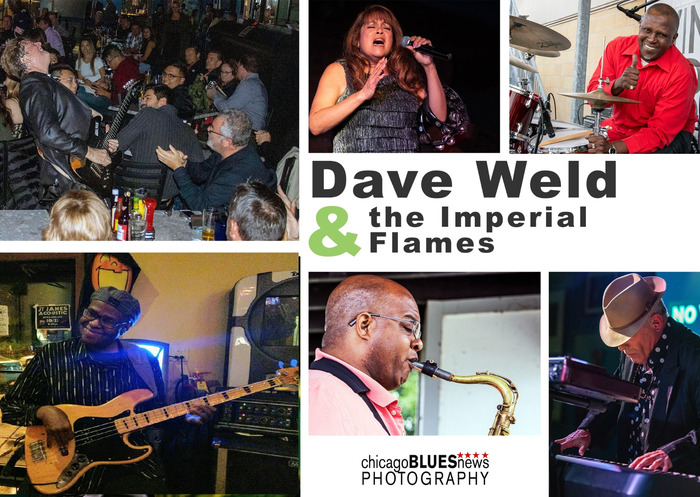 Blues guitarist, vocalist, songwriter and bandleader Dave Weld got his start on Chicago’s west side in the late 70s. At the 1815 Club on Roosevelt Road, Dave was in the house band with Chico Chism, Shorty Gilbert, Hubert Sumlin, Detroit Junior, and Eddie Shaw. Dave played there with Otis Rush, Guitar Junior, Tail Dragger, Little Arthur, Johnny Littlejohn and more. During this time Weld was under the tutelage of J.B. Hutto, a Grammy winning, Blues Hall of Fame slide guitarist. J.B. introduced Dave to his nephew, Lil’ Ed. They started the band “Lil’ Ed and the Blues Imperials” and played every joint on the west side for ten years and in 1988, with Lil’ Ed’s blessing Dave started “Dave Weld and the Imperial Flames”. Burnin’ Love is Weld’s Delmark debut and it features the legendary Abb Locke on saxophone.