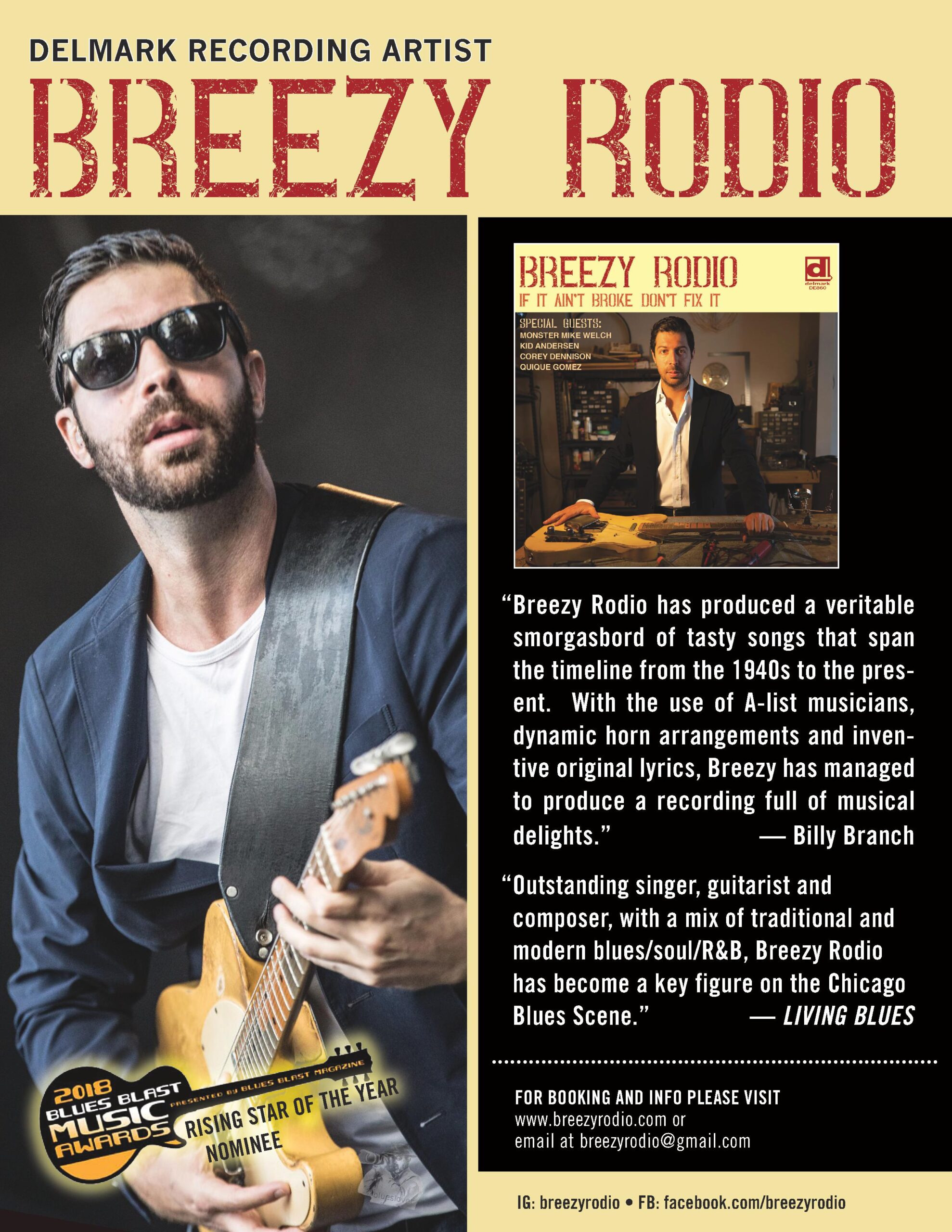 BREEZY RODIO in the SIDEBAR

There is rather limited street parking in the area, we recommend arriving by rideshare, bicycle, or rickshaw.

BREEZY RODIO has been on a roll since his 2015 CD, So Close to It, was released to very favorable reviews from all corners of the map. It reached the number two spot nationwide in the Chicago Blues category on the Roots Music Report, the number one independent music chart in the world. He toured Japan, playing clubs and festivals, then embarked on three tours of South America, two tours of Europe, plus jaunts to Canada and Mexico. His latest CD, “If It Ain’t Broke Don’t Fix it” sparkles throughout with clean guitar lines, masterfully played, and with plush, richly layered arrangements in which horns evoke the early orchestrations of T-Bone and B.B. Incorporating lump, swing, jump, early double shuffle, ballads and funk, the hard working, ambitious Breezy Rodio displays his mastery of the guitar while spanning the breadth of his interests, from 1940s jump blues to today’s funk-tinged urban blues. It sure seems that “The Blues” has got Breezy Rodio more than just ‘sometimes.’ It’s got him good! —Justin Obrien
(Delmark Records, Living Blues Magazine)